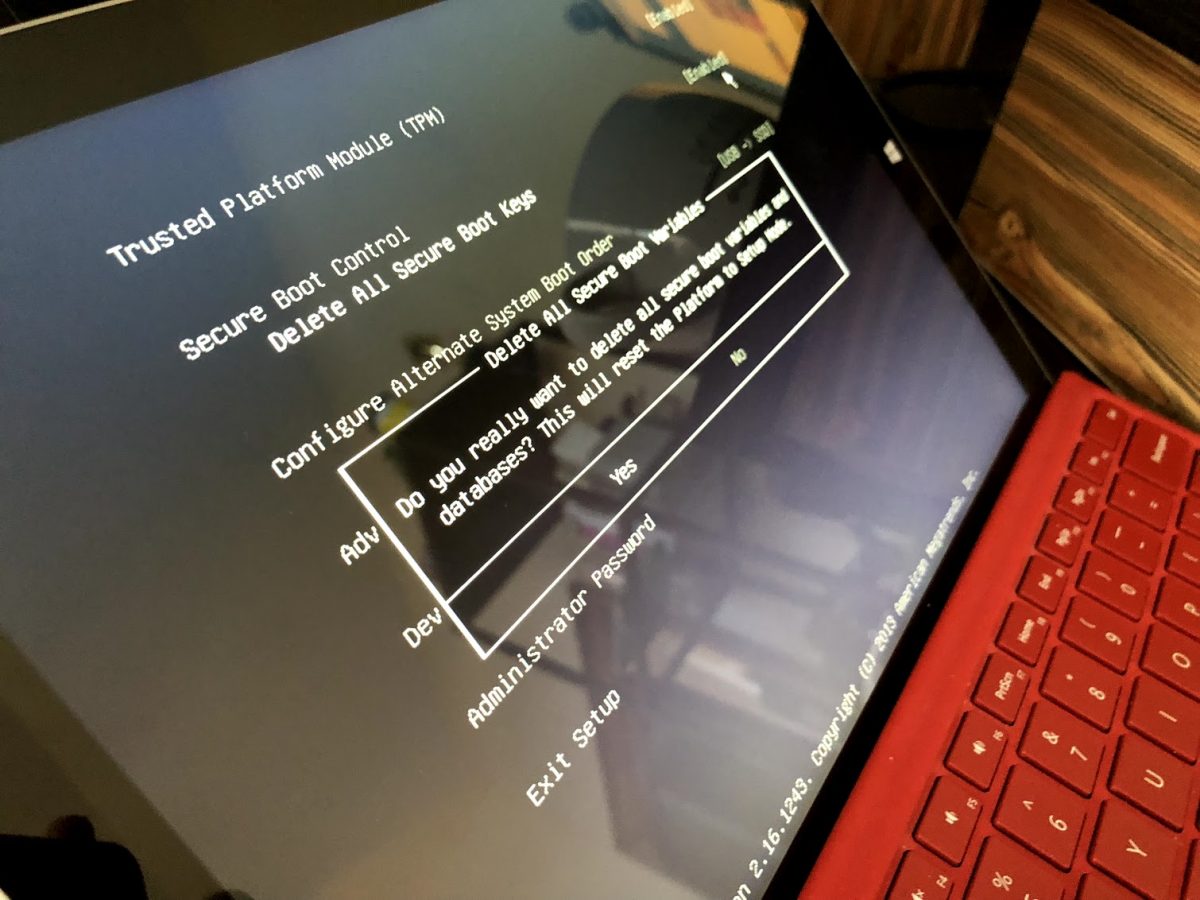 Prepare to spend  hours and, if you get it done, you’ll end up with an unofficial kernel to get all of Surface Pro’s hardware working. The issue is the UEFI boot system. You’ll need to disable Secure Boot, install Ubuntu and then prepare to work on boot issues for a few hours. Install, reinstall, and, if you finally get it running, you’ll need a second system and a spare USB to install updates as Wifi, Bluetooth, Typecover, Camera and just about every bit of hardware that makes a Surface Pro 3 a Surface product will not be functioning.

Unfortunately, it isn’t worth it. Save all the grief and install Fedora Workstation. You’ll still need to disable Secure Boot but, after that is out of the way, you’ll have zero issues and just about everything will work straight away.

If you’re in the market for a Linux system and are eyeing the Surface line with the idea of swapping the OS, don’t do it. If it is a new Surface you’ll void your warranty by replacing the OS and mucking around with Secure Boot. You can find cheaper hardware that will run Linux without any issues elsewhere. If you want high end, head on over to Dell and checkout their desktops and laptops created specifically for developers. They’ll ship with Ubuntu.

So listen, I made a thing. Yes, it is another to do app thingie but this one is built a bit differently. I work from so many lists on any given day that it is difficult to see everything at a glance.

No bells and whistles. No fluff.
I want a disposable Post-It Note system without all the sticky pads.

With these goals in mind I built Borderlist. It’s free, simple, and I use it every day.

Because this is a tech blog, here are some nerdy details. The front end is built with Bulma (CSS) and, once in an account, it is all Vue using a Laravel based API to handle the data.

If you decide to give it a try, let me know what you think.

I found this fix on Laravel News, if you haven’t been there… leave this site and go there now, and just wanted to record it in a way that was easy for me to access. I’ve Googled this thing 3 times this week.

Not a lot on creating and updating a hasOne record so here’s what ended up working for me. I have my Site model and a SiteCache. SiteCache should have a single record per Site.

The creating and updating of the cache record on the SiteCache page isn’t as fluent as I’d like but with a little helper method on the Site model all is good.

In trying to build a very small micro-service I decided to use client credential grant tokens. I didn’t need users or personal tokens. I just needed one of my other sites to be able to access data for this new micro-service.

According to Taylor, “The client credentials grant is suitable for machine-to-machine authentication” which sounds just great. So I set off to build the entire service using TDD with Passport::actingAs() to mimic authorization knowing I’d do a final external test once it all was working.

All is working great and my tests are passing with my testing database. So, I run migrations on my real database, create my passport client with “php artisan passport:client,” give it a user id of 1, “ApiAccess” for the name for funsies, and keep the default for the redirect. This gives me a Client ID and Client secret. 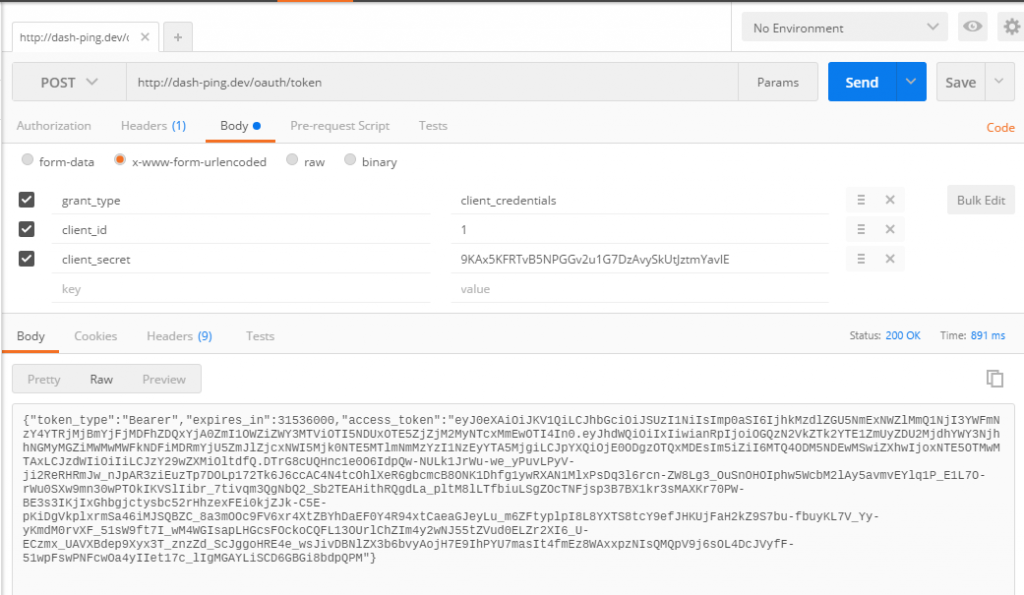 So far, so good. Now, I grab the access token, throw it in my headers, and fire off a post to my api waiting to be stunned by my own greatness…

After a 2ish hours, I figured out how to implement it without making a mess. These instructions assume you know what Client Credential Grant Tokens are for (read the above link about “machine-to-machine”) and why you might use them. Also it doesn’t address a funky token expiration issue that some found in postman. This, it turned out, didn’t affect me but did lead me on a wild goose chase for a bit.

To start with, move all your API routes that you want to use client credential authorization on out of:

and move them into a new route file titled:

This will allow us to separate these routes so we don’t affect any other necessary API routing in the future.

Next, we need to begin using this new routes file. To do this, I updated:

by adding a new method and calling it in the existing “map” method. I’ve abbreviated the file to show only the necessary updates:

Now that our routes are setup, we need to get that middleware working. We’re going to add it into the same file where the rest of our middleware is defined:

That is the %$%$@ middleware to check the client credentials that is no where to be found in the documentation.

With all that in place, I thought, yeah, this isn’t going to work but I’ll try it anyway. I fire up postman, try to hit an endpoint…

It worked! Yay! Hopefully if you’re banging your head against a keyboard right now trying to figure this out, like I was, this article will help.

I pulled ideas from this posts but the implementation was a bit awkward.